The topic of gender identity has become common in recent discourse, in politics, in pop culture, in social media, and in our communities. Once a hushed conversation, it now feels front and center much of the time. And not only has the topic taken on a new public conversation, it feels to many of us like there is a different understanding of gender and identity among different age demographics. Youth today, I’ve heard educators say to me, have a whole new language around gender, sexuality, and relationships.

But while the conversation might feel new due to its more public platform, experts tell us its not very new at all. Cultures around the world have recognized the non-binary status of gender (meaning it’s not just one or the other, but rather a spectrum). People have been wrestling with gender identity, maybe, since the beginning of time. So how do we – Jewish educators – nurture and support our students in their identity searches to include their peoplehood, faith, community, and gender? What does Judaism have to say about gender and identity?

On Tuesday, we partnered with Moving Traditions to support educators in thinking about just that. We studied Rabbinic texts that grappled with gender, such as one that named Abraham and Sa 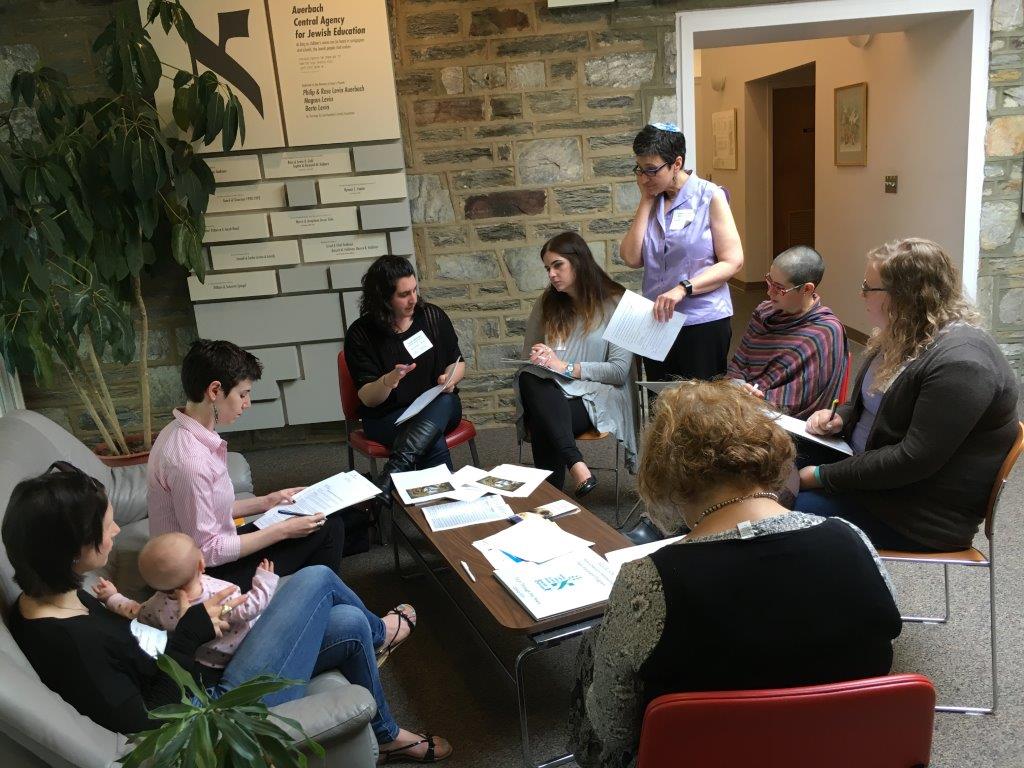 rah at tumtumim (genderless beings) until Sarah was able to conceive. We studied current terminology associated with gender identity and engaged in empathy-building activities where we considered what life might be like for a young person “coming out” as transgender. We looked at questions about our own institutions and thought about scenarios in which we might bring learning and action into our communities.

There was a great sense of possibility at the end of our long morning together – that we have the tools to begin to have conversations with our kids about these topics in a Jewish context; that we have the resources to examine how inclusive and caring our communities really are; that Judaism does indeed have a caring and nurturing voice in this journey.

Many of the participants said at the end of the day, “This was a great start.” Yes it was. We look forward to keeping the learning and discussion going.